The second game in the Valis series.

This is a preorder for RetroBit's next physical cartrdige release - the second game of the Valis series (you can also get all three in one collection)
The preorder period ends November 27th, delivery is planned to happen early 2023 (though it's hard to give good estimation due to the global parts shortage - it'll ship as soon as it's done :)).

Yuko was out getting ice cream after a school day when she runs into an enemy she suspects is Rogles, but it turns out to be Emperor Megas looking to take over the dreamworld of Vecanti!  She must embark once more to prevent the destruction of Queen Valia’s homeworld as the true Valis Warrior.

Emperor Megas looks to stop Yuko by taking the mystic sword away from her and rendering her powerless to stop him.  New items and abilities are given to her in this "chibi" adventure as well as 6 different armors to defeat the dark forces across 5 perilous stages. 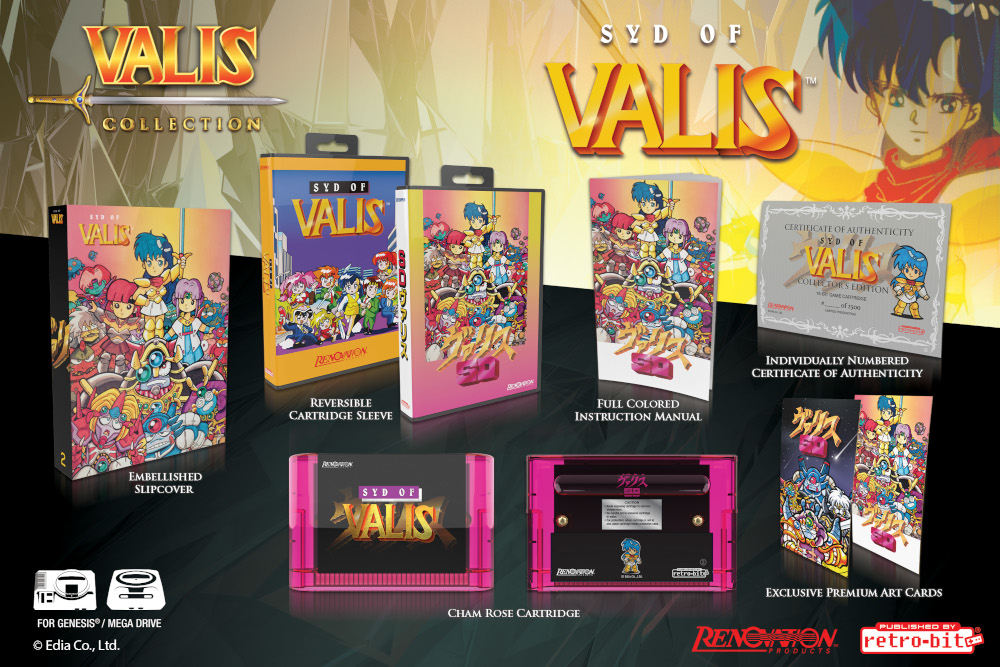