The third game in the Valis series.

This is a preorder for RetroBit's next physical cartrdige release - the third game of the Valis series (you can also get all three in one collection)
The preorder period ends November 27th, delivery is planned to happen early 2023 (though it's hard to give good estimation due to the global parts shortage - it'll ship as soon as it's done :)).

Much time has passed since Yuko saved the dreamworld of Vecanti.  Her own twin sister now sits on the throne as Queen of Valia and the Dark World falls into civil war.  Now, one of the most powerful lords of the Dark World has proclaimed himself as King Glames and seeks to conquer worlds to prevent the destruction of his own.  Still, there are those among the Dark World who fight against him such as Cham.

Yuko will need Cham to rescue Valna and then team up to defeat King Glames and his Sword of Leethus, which is powerful enough to take on the Sword of Valis.  Use each character’s abilities and magic to their fullest through 9 treacherous stages to strike at the heart of the Dark World once again! 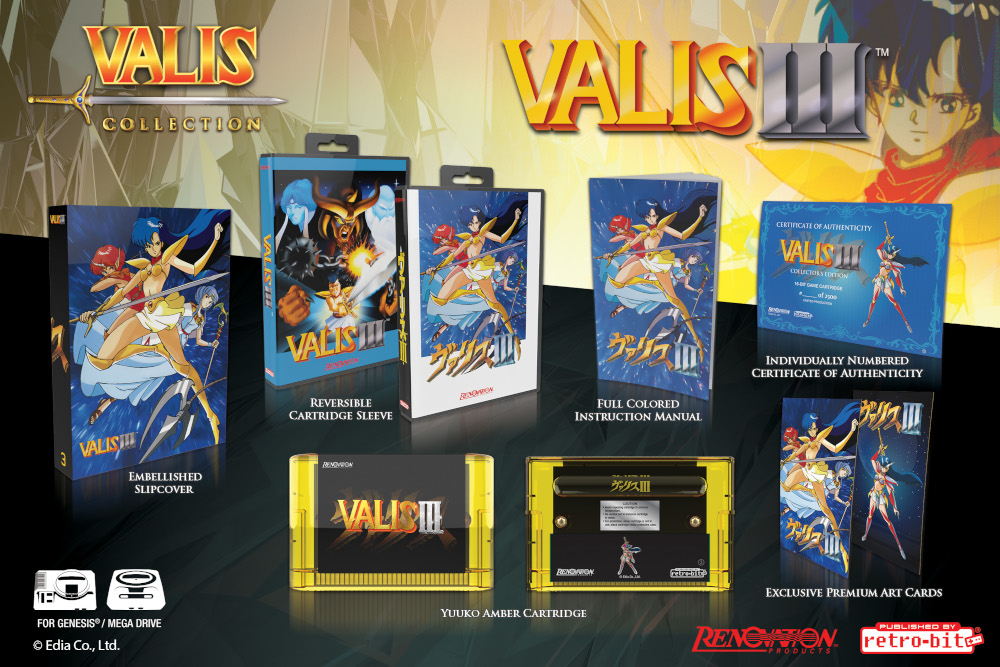