The first game in the Valis series

This is a preorder for RetroBit's next physical cartrdige release - the first game in the Valis collection (you can also get all three in one collection)
The preorder period ends November 27th, delivery is planned to happen early 2023 (though it's hard to give good estimation due to the global parts shortage - it'll ship as soon as it's done :)).

Yuko Asou had just finished a long day at school when a freak storm began pouring rain - just like in her dream the night before.  She then encounters her classmate Reiko who leaves behind more questions than answers.  Suddenly set upon by a monster, Yuko manifests a sword in her hand (much to her surprise) and is able to defeat her foe.  She tries to go home but finds the entire city beset by demons.

Armed with the Sword of Valis, Yuko must fight off the dark forces of King Rogles across 7 action-packed stages and protect the Fantasm Jewel of Queen Valia.  She will need to master the mystic blade as well as magic spells to defeat each one of Rogles’ Dark Lords.  Does she have it in her to save both worlds from the encroaching darkness? 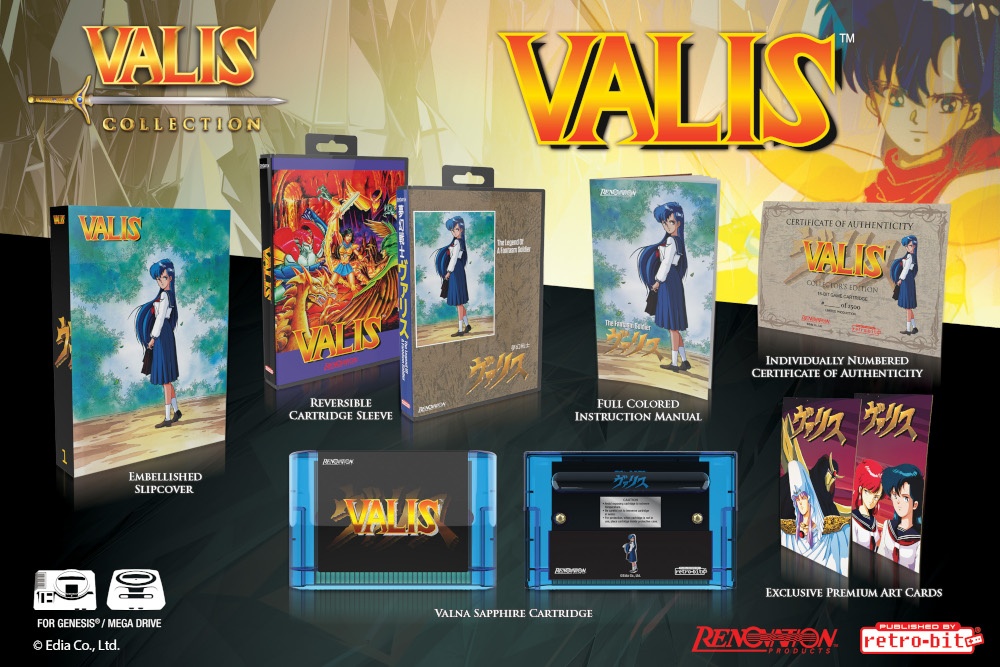