Retro-Bit Publishing® strives to provide the re-releases of some of the most rare and unattainable classic titles like Gaiares to regions where they were never released and works closely with the partners to bring these unique retro games to gamers today from around the world.

In Gaiares, Mother Earth has been turned into an environmental wasteland.  Now, the human race has one final chance to save the Earth...with your help!  The United Star Cluster of Leezaluth will help the humans settle a new world if they are able to take out the intergalactic terrorists known as Gulfer.  Fail, and they will force our sun to supernova - destroying the entire system.  But there is still one brave hero willing to fight for our survival - ace pilot Dan Dare.  Along with Alexis, the former messenger of Leezaluth, and the new TOZ weapon system… we have a chance!  Journey through 8 stages of brutal space combat, enormous bosses, and gorgeous cutscenes all on a 16-bit cartridge! 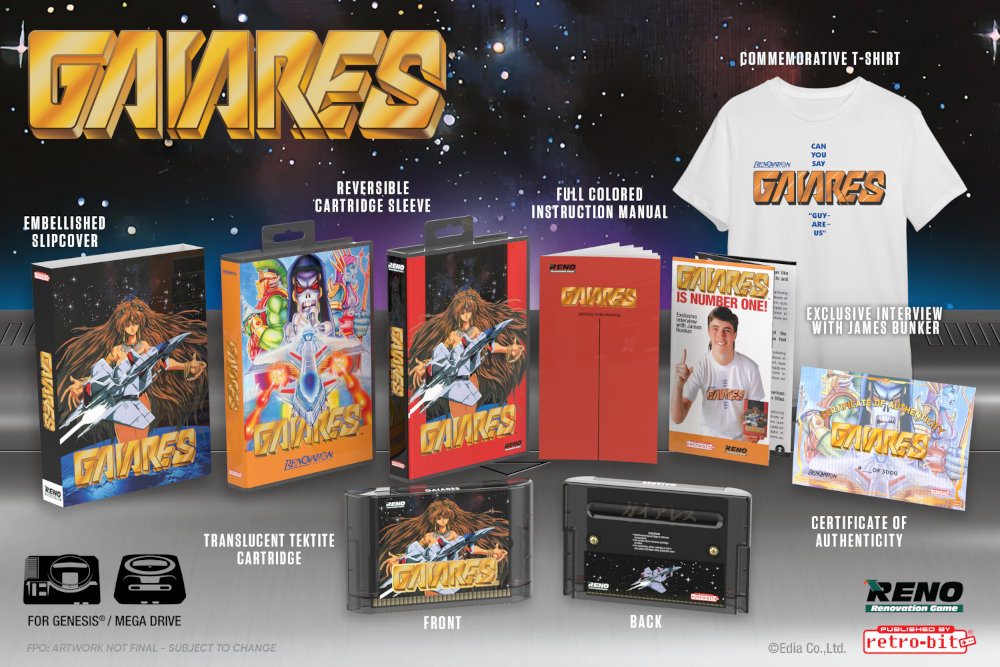 Please make sure to choose your correct T-Shirt size! 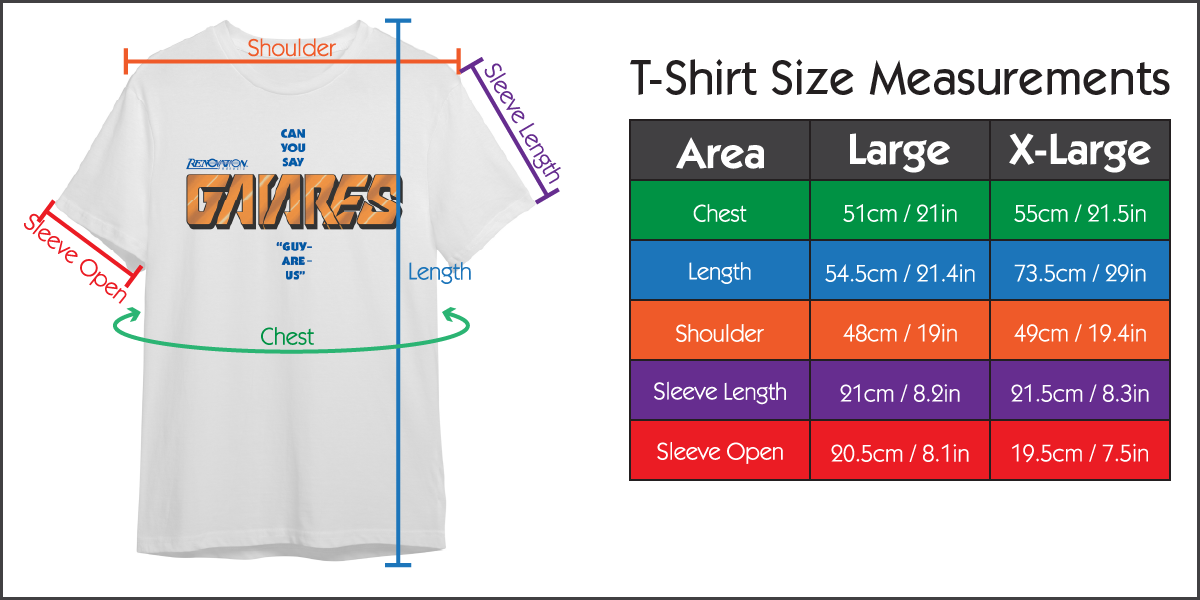 Q) When can I order this?
A) This will be an open pre-order that is available from November 16th through December 19th, 2021. We will carry an additional small number of copies after it is released.

Q) What is included in this release?
A) In this re-release, you will receive an embellished slipcover, a cartridge box with reversible artwork, an interview with James Bunker, a certificate of authenticity, a full-colored instruction manual, a commemorative t-shirt, and the game in a translucent tektite shell.

Q) Will there be any other versions of this release or digital?
A) Currently, this is the only planned re-release for Gaiares by Retro-Bit Publishing.

Q) How many will be made? The certificate has a number on it - is that the limited total?
A) The number on the certificate sample image is just a placeholder. The total number will depend on the amount pre-ordered during the ordering window. We also add additional quantities for incidentals in case of any damaged or lost shipments.

Q) Will there be another reprint?
A) This is the only time you can purchase this release. There are no plans for a reprint at this time.

Q) How much of the proceeds will be donated to the Video Game History Foundation?
A) This is the first of many contributions Retro-Bit intends to make to the VGHF. With each licensor having different royalty agreements, they have to calculate our donation contribution accordingly for each release. We plan to update you once finalized.

Q) Is this game region-free?
A) Like the prior releases, this game is region-free so long as it is compatible with the console.

Q) What is Gaiares?
A) Gaiares was released in 1990 and is a horizontal shoot ‘em up that became iconic for various reasons. Its difficulty and dynamic gameplay were a refreshing take on the typically arcade-centric genre. It blended an anime-inspired story with impressive graphics, tough bosses, and a great soundtrack all on an 8 Mb cartridge. It scored very high in various publications.

Q) What makes Gaiares different from any other shooter?
A) While it does look similar to other shooters of the 1990s, there are a few key things that made it stand out from the others. The ability to copy an enemy’s weapons and then upgrade them through the TOZ system was very unique that gave the play a risk-reward mechanic, even allowing certain special weapons that are only obtained through constant use of the capturing mechanic. The cutscenes were stunning for their time blending the anime art style with a storyline provides more world-building in a genre that usually does not focus on narrative. Lastly, the boss fights are standouts being difficult, stylish, and satisfying to defeat.

Q) What gameplay differences can I expect from this release versus the original release?
A) In order to preserve the elements of such an important release, RetroBit has kept the gameplay intact with very minor edits due to licensing. Players can expect to play the same game as it was released over 30 years ago. This includes configuration menu settings and codes.